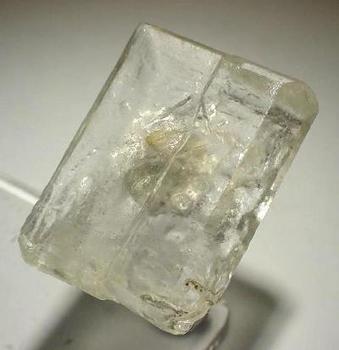 A few days ago, the 7th annual meeting of the Potassium Salt (Fertilizer) Industry Branch of the China Inorganic Salt Industry Association was held in Shanghai with the theme â€œSustainable Potash Fertilizer Development in Chinaâ€. The conference was jointly organized by the Potassium Salt (Fertilizer) Branch of China Inorganic Salt Industry Association and the Research Center for Resources, Environment and Food Security of China Agricultural University. The National Development and Reform Commission, the relevant leaders of the Ministry of Commerce and the Director of the Soil Fertilizer Division of the National Agricultural Technology Extension Service Center Li Rong, Wu Mingyu, President of the China Inorganic Salt Industry Association, and Tao Lianyin, the Secretary-General, and Li Gang, President of the Potassium Salt (Fertilizer) Industry Branch attended the meeting. Liu Fuchang, secretary general of the branch, presided over the work report and read the work report. Deputy Secretary-General Yan Zhaoying made a report on the operation of the potash fertilizer industry in China this year. Nearly 200 potash and potash fertilizer companies from home and abroad attended the event to discuss the development of the industry.

Li Gang said that this conference will build a tri-dimensional interactive platform for government, industry organizations, and enterprises. Relevant experts and leaders conducted discussions on resource utilization, agricultural demand, and industry development. As a special host of this annual conference, China Agricultural Media reporters conducted high-level dialogue and interviews with authoritative professionals on the production, import, and market operations of domestic potash and the progress of the â€œGoing Globalâ€ project.

At the leap-forward development meeting of the potash industry, Wu Mingkai fully affirmed the development of potash (fertilizer) over the years. He pointed out that the potash (fertilizer) industry in China has gone through a glorious course for 51 years and realized potassium salt in China (fertilizer). The leap-forward development of the company has taken another new step in 2012. It is expected that the total annual output will reach about 4 million tons (K2O), and the self-sufficiency rate will exceed 50%.

In his work report, Liu Fuchang summarized the work achievements of the industry branch. He said that in the past year, the branch of potassium (fertilizer) industry has accurately grasped the opportunities, analyzed the new situation, seized new opportunities, met new challenges, and achieved new development. The future will be promoted. Potassium and potassium fertilizer companies have increased their ability to independently innovate, and they have endeavored to explore ways of circular economy, change the mode of development, and achieve sustainable development of the industry. In addition, the industry branch will also strive to promote the smooth construction of the potash potash fertilizer trading center.

Yan Zhaoying introduced the production, supply and demand of the industry in 2012 and analyzed the production capacity, demand and price in 2013. In the industry proposal, she pointed out that she hoped that the country would continue to support efforts to increase domestic potassium, foreign "take potassium" and "find potash" and expand China's basic reserves to achieve long-term sustainable development planning.

At the meeting, the reporter learned that traditional potassium and potassium fertilizer producers in China have made unremitting efforts to achieve sustainable development of the industry. They improve resource utilization by improving production processes, increasing production efficiency, and effectively dealing with by-products. The companyâ€™s own interests are guaranteed. In addition, some new manufacturers of potassium-containing fertilizers also bring new ideas for the development of the industry. Director Li Rong also specially introduced fertilizer efficiency tests using potassium feldspar (class) resources to develop fertilizers (soil conditioners), which enabled delegates to increase their understanding of potash fertilizers produced by the new process.

Zhang Weifeng, an associate professor at the China Agricultural Universityâ€™s College of Resources and Resources, said that the total amount of potash fertilizer input in Chinaâ€™s soil is sufficient, but the balance between different regions and crops is still very different. Therefore, in the case that the total amount is sufficient, enterprises and related agricultural departments should pay attention to the promotion of potash fertilizer to the areas where the potassium is insufficient in the soil and where the efficiency is increased. This is not only beneficial to the development of agriculture in China, but also helps the companyâ€™s sales strategy. .

Feng Mingwei, deputy general manager of Sinofert Holdings Limited, also stated that he should pay attention to the promotion of rational fertilization in the future. He pointed out that the Central Document No. 1 in 2012 proposed that the promotion of agricultural science and technology innovation, based on the existing fertilization structure, the promotion of scientific and rational fertilization in the future will help to gradually increase the application of potash fertilizer. The countryâ€™s total grain output has been increasing for nine consecutive years. The state has focused on increasing agricultural inputs and safeguarding food security. In 2012, a total of 107.8 billion yuan in agricultural production subsidies will be used to directly supplement farmers, which will be conducive to the further recovery of potash fertilizer demand. International grain prices will increase farmers' enthusiasm for farming and increase the use of potash fertilizer. In addition, regarding the recent market situation, he believes that with the changes in the supply situation and the digestion of inventories, the confidence in the domestic potash fertilizer market has recovered and the market has gradually stabilized. The decline in potash fertilizer prices will also stimulate demand recovery; the international market is facing potash stocks The decline, suppliers' tightening of the current supply situation, combined with the expected recovery of crop nutrient demand in 2013, is expected to show a trend of higher potash fertilizer in the later period.

Potash development opportunities and problems coexist Our country's potash development technology has been rapidly developed and improved under the long-term efforts of experts and companies. However, due to the different types of potassium mineral resources in China, and different grades, there are many topics that need expert research. At the meeting, the overseas development enterprises of potassium salt introduced the current mining situation in Laos, Canada, Uzbekistan, and Thailand. Pascale Massot, Ph.D. in Political Economics at Columbia University, also gave a keynote speech on the subject of Global Potash Fertilizer Markets and China-Canada Resource Relationships. Wang Licheng, Ph.D. of the Chinese Academy of Geological Sciences said that the potash formation laws in China's continental salt lakes have basically been mastered, the potash resources have been basically checked, and they have gained more reserves of potash resources and must open up new battlefields for finding potassium.

In view of the current development of potash in China, Wang Xiaofeng, deputy director of the Industrial Development Department of the China Petrochemical Federation and secretary-general of the China Inorganic Salt Industry Association, put forward strategic thinking on the development of the Chinese potash industry. He believes that the current exploitation of potash should prevent the over-exploitation of domestic potassium resources, otherwise it may cause problems such as waste of resources, unsatisfactory comprehensive utilization, and short service life of production facilities. At the same time, we must advance into foreign potassium resources in an orderly manner. Judging from the current planned production capacity, Chinese companies may build more than 10 million tons of potassium chloride per year in foreign countries. However, most companies use their current prices to measure benefits and competitiveness. Therefore, companies are still facing relatively large risks when setting up factories abroad. Therefore, the establishment of a factory abroad must be fully researched and evaluated, and should not be entered blindly. At the same time, he also pointed out that due to China's large planned production capacity in Laos and other countries, relying entirely on the high cost of sales in the domestic market, it is necessary to do a good job in the development of the local and surrounding markets and improve the economic efficiency of enterprises.