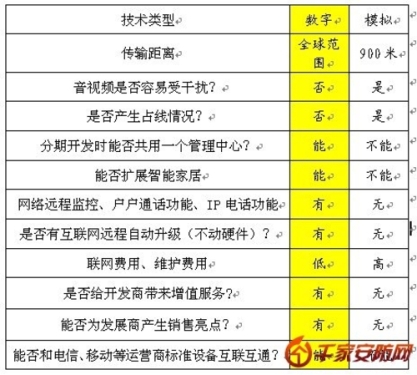 The performance PK between the two, who is the real "high"?

Digital walkie-talkie and ordinary walkie-talkie are not the same as the whole structure. Ordinary video interphones are generally single product machines, and the processing capacity is relatively small. The digital walkie-talkie is a dual-core multimedia processor, similar to the working principle of dual-core notebook computers, and the cost is high. There are many, and there are differences on the screen. The ordinary walkie-talkie is basically an analog screen, and the digital terminal is a digital screen of the touch-type human-machine switching industry. In addition, the two are very different in other technologies. The digital intercom adopts all-digital technology to transmit without occupying lines, and has advantages such as high quality, long transmission distance, and strong anti-interference ability.

Due to structural differences, the manufacturing cost of digital walkie-talkies is much higher than the cost of ordinary walkie-talkies. Furthermore, digital intercom systems have complicated technologies and long research and development cycles. The development of digital intercom systems requires long-term input of very large human, material, and financial resources. It cannot see economic benefits in the short term. This series of factors has led to a higher price for the digital intercom single terminal than for the ordinary intercom. In an interview with a reporter from Qianjia.com, Wang Weibing, deputy general manager of Xingtianxia Science and Technology, said: â€œAt present, the higher overall cost of a single digital intercom terminal will lead to higher prices, but digital intercom will give customers The benefits come more than its cost.We can not just look at the price of a single terminal of the indoor unit, we have to look at the overall cost of the project.Digital floor intercom system must be higher than the analog intercom system, cost is high, in fact, this It is a misunderstanding.

In some of the large-scale community cases that we have come across, the customers found that the actual integrated cost of the digital intercom system was lower than the overall cost of the analog intercom system. This is why, we can analyze from the following aspects: First, we can directly use the telecom operators to build the park's broadband, to save the cost of networking investment; Second, for multi-phase development of the project does not require multiple computer rooms, only need one. Moreover, the location of this room is not required and can be placed anywhere with low commercial value. Can save a lot of high-quality sales area; Third, the analog intercom network is complex, partitions, maintenance workload, maintenance costs are high. Digital intercom maintenance is simple and saves a lot of maintenance and management costs. From the point of view of large-scale project system planning and long-term use cost, the comprehensive cost of the digital system is smaller than the overall cost of the simulation system. â€

Will the price of digital walkie-talkies decline in the future?

In response, thousands of security network reporters interviewed An Zhibao, the former general engineer Shi Zhi, and he said: â€œI think the future number of intercom prices will gradually go inside. If the purchase volume is large, the price will certainly be slightly lower, mainly depends on the volume. In production, the larger the number of users is, the lower the price will be.In the same way, if the purchase volume of the analog screen walkie-talkie becomes smaller, then its price will increase.In the future market, we are very optimistic about the development of digital intercom, and from our entire sales system, it is also Every year is increasing.â€ And Hong Wei, Shenzhen Science and Technology Sales Manager, also believes that the overall price trend of digital walkie-talkies is down, mainly a core chip problem, development costs and mold costs, as the amount increases, the cost will slowly drop Down.
Home
Recent Posts
Archives
tags