Forecast and Analysis of Domestic LED Display Market Development in 2013

June 14, 2019
As the world's leading LED production site, China's LED industry is booming. More than 80% of the world's LED products, including LED lighting and LED display products, are coming to China. In 2013, the export of LED products will continue to increase, and the products will come from large manufacturers. The current reality is that although there are many companies, large-scale leading enterprises are limited. The development of the industry, which is mainly supported by private enterprises, is subject to many restrictions. Nowadays, the domestic LED development has presented a large pattern of â€œSouthern Production, Northern Agentsâ€, and the competition is fierce. In order to compete for market share, production and sellers have started a "price war". Whoever has a low bid will be able to survive.
In 2013, the domestic LED display industry will not only set off a price war in China, but also become more and more fierce for export and export competition. In the end, the price war is the competition of manufacturers' strength and cost, which will undoubtedly lead to the death of many small LED manufacturers, but it is also the law of industry development. Domestic LED display manufacturers are mainly concentrated in the Pearl River Delta region, while Shenzhen has cultivated and gathered more than a thousand LED companies, accounting for about 70% of the national total. Especially in the LED display industry, Shenzhen has concentrated on the country's best LED display manufacturers.

The main production site of the display in 2013 will also be Shenzhen, and the competition between the LED industry, especially in the northern region, is the price dispute; at the same time, the North will also be the main market for domestic LED development.

LED display companies will be listed.

Since last year, there have been four LED listed companies with one of the main business of display screens in China, and three listed companies with display device packaging as one of their main businesses. At present, the country is very optimistic about the LED industry, and LED display companies that are listed in the queue are also increasing. Some insiders admit that the listing is not a hundred, the key is to see whether the company has core competitiveness, and whether it can maintain a stable profit growth rate after listing. Nowadays, in the face of domestic vicious competition, high cost environment and a shortage of capital operation environment, it may be the best way for some manufacturers to go public.

Moreover, the LED display has developed to this day, the domestic market is close to saturation, and vicious competition leads to low profits. In 2013, display companies will invest in LED lighting, and slowly shift to the lighting industry to seize the favorable position and once again stage the phenomenon of â€œWan Ma Pentiumâ€.

The LED display is homogenized.

The homogenization of LED display products is very serious. From 2008 to 2012, four years have passed, and the peak period of display development has almost passed. But looking at it, today's display and the display of previous years have almost no features and no innovation. Like the "zero down payment" LED display rental business, once in the industry set off a wave of follow-up, the company did not form its own core competitiveness, there is no clear product line and technical route.

In 2013, for the LED display industry, it will also be an unsettled year. Perhaps there will be more â€œé’§ç«‹ç«‹â€, â€œVision Lightâ€ and â€œBig Eyesâ€ falling. And LED display manufacturers want to develop in the fierce competition, then they must form their own core competitiveness. 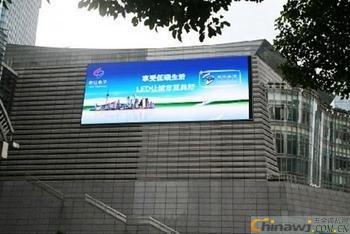 It is intermediate to be used many chemicals.